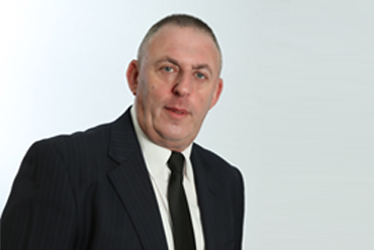 Has extensive and proven experience in the fields of Israel Police, criminal and security investigations, interrogation methods in Israel, the security community, criminal prosecution in Israel and criminal law.

Samy Ilia Law Offices represents Israeli citizens as well citizens of Romania and the European Union that became entangled with the police or in criminal offenses in Israel. The firm provides comprehensive legal services from the early stages of suspicion and arrest all the way through to the termination of the legal proceedings. The firm is located in Haifa, and services clients throughout the country.

He pays frequent visits to Romania, most often to Bucharest, and can schedule appointments with clients in Bucharest if necessary. In Israel, Samy Ilia represents foreighn citizens and any Romanian citizen who developed the need for a criminal attorney while visiting or on business here. He offers the full gamut of legal services including legal counsel, filing proceedings with courts in Israel, and representation in legal proceedings in Israel courts. The firm’s fields of specialization are specified in “Our Services”.

The head office in Israel is an extension of the office in Bucharest.

In case of an emergency, or if you have any questions, feel free to contact Samy Ilia. You may dial local (40) 316300004 from any location in Romania and will not be charged a long-distance fee.

The Romanian Embassy in Israel can provide you with our contact details as well.

Samy Ilia Esq. offers assistance as well with any problem a client may have in relation to a state body or Israel’s public sector. Apart from the fields of specialization specified in “Our Services,” we also offer additional services through other attorneys affiliated with our office who specialize in providing ongoing business consultancy services to Romanian citizens doing business or working in Israel.

Samy Ilia law firm can help you with the following:

• police investigation – if subpoenaed to the israeli police, or other authority for investigation because you are a suspect of a crime, or ilegal imigration it is important that you consult with us before the investigation.

• arrests – if arrested, contact us immediately. our firm is very experienced with various arrest proceedings, such as: arrest until the end of proceedings, detention days, detention for investigative purposes and house arrest.

• criminal record expungement – if you have a criminal record for closed police cases, we can help you expunge that record in order to obtain a certificate of good standing.

• traffic offenses – if caught driving without legal driving licence, under the influence of alcohol or drugs, we can help you retain your license and with the proceedings being conducted in the traffic court.

• legal counsel – our firm will be happy to offer you thorough, professional and responsible legal counselling, 24 hours a day and on all kinds of criminal offenses.

For six years until the end of 2013, he served as head of the criminal prosecution in Haifa in the national prosecution division of the Israel Police, and was responsible for the more than a million and a half residents of the jurisdiction. In this capacity, he headed a unit comprising 15 prosecutors, appeared in various courts innumerable times, and was entrusted with decisions regarding the filing of indictments, closing investigation files, plea bargains, criminal hearings, and the drafting, initiation and implementation of criminal prosecution policy in Haifa etc.

He completed 33 years of service in the course of which he filled roles in the investigation and intelligence department of the Israel Police Force. From 1999 until his said withdrawal from the field, he served as a prosecutor and senior prosecutor in the criminal prosecution, and ultimately, as supervisor of prosecution in Haifa. He appeared in thousands of hearings and many hundreds of criminal files involving every sort of crime under the purview of the magistrates’ and regional courts.

He served as consultant to special investigation teams in the Northern District, played a role in the initial implementation of the Money Laundering Law in Israel, participated in work teams in Israel Police Prosecution Division, headed investigations into murder files, grievous offenses, and security offenses, and offered assistance in the drafting and filing of indictments.

He is intimately familiar with the work of investigation and prosecution bodies in Israel.

He holds two degrees in political science and Jewish history from the Haifa University, apart from his law degree. He is a member of the Israel Bar Association.

He served as a lecturer and consultant in the fields of criminal investigation, bringing suspects to justice, and legal procedure in criminal law.

For 11 years prior to his offices in criminal prosecution, he served as head of special investigation teams for murder crimes, grievous offenses, and state security offenses. He holds many qualifications in the fields of criminal investigation skills and technical measures.

On completion of his officer course, he served as deputy head, as well as head, of the investigation units in the Haifa region. In his past, he filled overt and clandestine roles in the central unit of the Tel Aviv police.

We are a boutique office with an intimate atmosphere in which the client is treated as a part of the family while we attend to his legal needs.

The office is staffed by three attorneys proficient in the fields of law specified under “Our Services.”

What makes us unique

We stand out in the knowledge and experience amassed by Samy Ilia, Esq., our founder. Samy has years of professional experience in the fields of criminal, constitutional and administrative law. He speaks Romanian, is a citizen of the European Union, and speaks English. All this, combined with our years of public activity for the upholding of justice and the rights of the individual, positions us as a leader in the defense of values.

Our policy places the client at the center, and we therefore provide each client with personal care and individualized attention, maintaining an intimate atmosphere in which each client’s personal needs are recognized and acknowledged. We provide counsel and ongoing support throughout the various stages of the proceedings with discretion, professionalism, and reliability. The personal service we provide goes hand in hand with our full transparency: we believe that keeping the client privy to the developments throughout each stage of the proceedings is the secret to our success in customer service.

If you have encountered a legal problem in Israel as a tourist and/or worker, or if you own a company or business which intends to conduct commercial ties or activities in Israel, please contact us for advice and assistance.